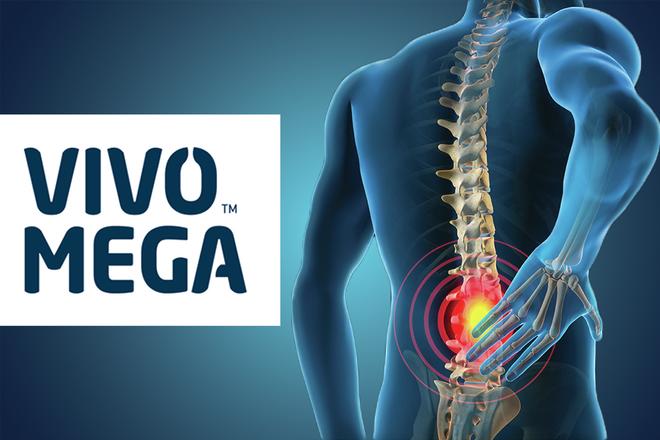 In the study named “EROM: Nutritional Intervention in Rheumatic Disease - Effect of Marine Omega-3 Fatty Acids and Individual Dietary Guidance", the Haukeland team will follow patients with inflammatory arthritis for one year. It will be investigated whether diet optimization and supplementation of omega-3s can reduce disease activity.

Several studies indicate that omega-3 has a positive effect on disease activity in inflammatory rheumatic disease, including arthritis. It is, however, a need for studies that look at the effects of proper diet and omega-3 intake over a longer period of time. Many researchers point to the importance of using a high enough dose of omega-3 and note that some studies may have failed to document efficacy due to insufficient dosage. In the study at Haukeland, one of GC Rieber’s new VivoMega omega-3 high concentrate will be used in a clinical study that also examines patients' nutritional status and intake of nutrients.

The study will have a comprehensive focus on nutrition and diet in patients with individual guidance and close follow-up by the clinical dietitian during the project period. Such an approach could add new insights regarding rheumatic disorders, according to the experts at Haukeland University Hospital. "As a manufacturer of health-giving omega-3 products, we at GC Rieber Oils are committed to contributing to research that looks at the relationship between omega-3 and health," says CEO Jan Roger Bjerkestrand.

Much has been done in the treatment of rheumatic diseases over the last 20 years, but several of the medicines used are associated with adverse side effects, e.g. increased risk of infections, says Senior Consultant, dr.med. Anne-Kristine Halse who will be the project manager for the study.

If we find that a higher intake of omega-3 through diet and supplementation can reduce the disease activity and thereby lower the use of other drug therapies, it could lead to increased quality of life for patients in this group. This will be a significant step in the right direction,” says CTO at GC Rieber Oils dr.scient. Bente J. Foss.

The study is partly founded by the GC Rieber Foundation.

GC Rieber Oils is a Norwegian globally leading producer of fish oil omega-3 concentrates. The company's mission is to provide sustainable high-quality omega-3 products that help improve the health of people with the least environmental footprint. Continuous focus on the very best product quality is what drives our success. The company is headquartered in Kristiansund with two advanced and high-tech factories, a lab, pilot plant and research activity. GC Rieber Oils is part of the privately owned GC Rieber Group, which exercises active ownership in selected core areas.Haukeland University Hospital is located in Norway's second largest city of Bergen, with 12,300 employees who aim to provide the best possible care to patients every day. In 2018, the hospital had more than 960,000 patients. Research is one of the four main tasks of the hospital, together with patient care, education and training of patients and relatives. The research community at Haukeland University Hospital publishes hundreds of scientific articles, and between 50 and 100 doctoral degrees are conducted annually.

The GC Rieber Foundations contribute to social welfare, arts and research. The Rieber family has always recognised that the company GC Rieber AS is part of the wider community. The first Foundation was established in 1929, and several foundations have been set up since.